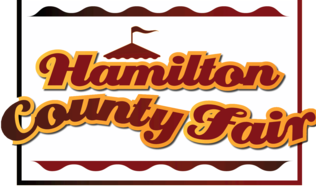 Smack in the middle of the northern Cincinnati suburb of Carthage sits nearly 30 acres of green space amid a sea of industry and commerce. Fronted by the busy Vine Street thoroughfare and less than a mile from Interstate 75, this oasis is home to the Hamilton County Agricultural Society, producers of the annual Hamilton County Fair.

The Carthage Fair, as it was once known, was founded in the once dominant agricultural community that surrounded Cincinnati. The importance of farming to the area led to the need to pass on ideas of new agricultural techniques and machinery as well as tried-and-true practices handed down from the ages. The Fair was created to meet these needs and to act as the culminating event of the agricultural year, expressing the pride farmers felt in their work.

As industry and the need to bring workers into the area increased, Cincinnati expanded. The Carthage Fair – renamed Hamilton County Fair – changed along with the landscape of the Greater Cincinnati area. Today, it is still a distillation of community pride, though its mission has changed. For in addition to educating future farmers and instilling traditional values of leadership, cooperation and hard work, the Hamilton County Fair also serves to educate an urban population about the importance of agriculture. People living in the city, isolated from the farm lifestyle, come each year by the thousands to learn about the origin of the foods they eat and products they use, thus ensuring that our rich agricultural heritage continues.

The Hamilton County Agricultural Society was founded in 1819. Its first president was a future United States President: William Henry Harrison. Harrison was very active in establishing the Society and laying the groundwork for an organization that was so important in teaching farmers the technology of the day.

In 1853, the current fairgrounds in Carthage were chosen as the permanent site of what would become the Hamilton County Fair.

Wars have had a surprisingly strong influence on the Fair. Indeed, the Fair itself was canceled in 1861 and 1862 as a result of the Civil War. In 1918 the grounds were used as a National Guard training ground for World War I. And programs from the 1940-1944 era show a strong influence of patriotism stemming from World War II.

After the Second World War, the City of Cincinnati was swept up in the economic and population boom that engulfed the nation. Gradually, the farmland of Hamilton County gave way to industry and sprawling suburbs. While still very important, the agricultural base began to erode.

This did not escape the notice of the Society’s board of directors. Facing ever-increasing numbers of Fair-goers that did not boast agricultural roots, the Society realized that its mission was changing. Rather than showcasing the latest farming techniques, the Hamilton County Fair was more and more in the business of educating its constituents about life on the farm. More "Agriculture 101" types of events were added to the Fair, as it was determined to serve the changing population.

Among the tens of thousands of guests that attend the Hamilton County Fair are many who have never even seen a cow or a pig. As we like to joke, most of them are more familiar with computer chips than cow chips. But we do not view this as a drawback, choosing instead to embrace our education mission.

Each year, the Fair hosts "free days," where members of the community can enjoy the Hamilton County Fair free-of-charge during the mornings and early afternoons. This affords groups ranging from inner-city schools to daycare centers and senior citizen homes the opportunity to experience a county fair; indeed, many would not be able to attend otherwise.

We’ve instituted a variety of programs during the Fair that are educational in nature. At the Milking Parlor, for example, fair-goers can see a state-of-the-art display illustrating mechanical milking techniques. The Junior Fair Petting Farm provides a chance to see – and hold and touch – all manner of farm animals. The Days of Yesteryear exhibit boasts everything from old farm tractors and machinery to kitchen appliances from the 1800s and 1900s. We work very closely with the Hamilton County Park District, which has a permanent display area on the Fairgrounds to showcase birds of prey, sheep, snakes and other animals.

We’ve even instituted a "Milk the Cow" exhibit, where city folk can actually try their hand – literally – at milking a cow. To experienced farm hands, this may seem trivial. Until you see the eyes of participants, wide as saucers, as they grasp an udder for the first time.

As the turn of the century looms, the Hamilton County Fair remains a vibrant, important part of the community. Served by an active board of directors and supported by a veritable army of volunteers, the Fair springs to life for five days each August to the delight of citizens of all ages and backgrounds. We take our responsibilities very seriously and work hard to produce this monumental event.

And, truth be told, we enjoy it more than we’d ever admit.